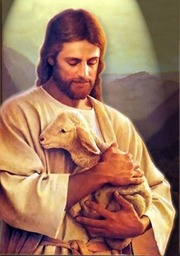 Awhile back, the angels encouraged me to post the Gospels on Sundays. With love and gratitude, here is the Gospel of Luke  LK 17:11-19

As Jesus continued his journey to Jerusalem,
he traveled through Samaria and Galilee.
As he was entering a village, ten lepers met him.
They stood at a distance from him and raised their voices, saying,
“Jesus, Master!  Have pity on us!”
And when he saw them, he said,
“Go show yourselves to the priests.”
As they were going they were cleansed.
And one of them, realizing he had been healed,
returned, glorifying God in a loud voice;
and he fell at the feet of Jesus and thanked him.
He was a Samaritan.
Jesus said in reply,
“Ten were cleansed, were they not?
Where are the other nine?
Has none but this foreigner returned to give thanks to God?”
Then he said to him, “Stand up and go;
your faith has saved you.”

The thanksgiving and praise that the Samaritan leper showed Jesus when he realized he was cleansed, in Luke’s Gospel, is originally translated from the Greek Gospels as the  word “Eucharist.”  Jews and Samaritans did not normally associate with one another, but the disease of leprosy obliterated any religious identity as they traveled together. All had to stand at a distance, even from Jesus to cry out to Him, addressing him as Master (epistates); which is a title Jesus’ disciples called Him.

The Gospel shows the presence of Gd’s Mercy alive and present in Jesus; the praise and thanksgiving that is due to God; the communion of walking with Him; and the inclusions of foreigners in God’s saving deeds.  [Reference below]

[Reference: The Workbook for Lectors, Gospel Readers and Proclaimers of the Word 2019] 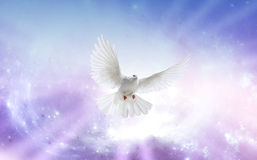