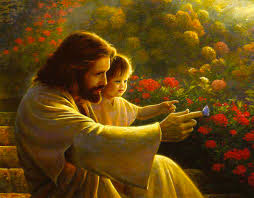 Awhile back, the angels asked me to dedicate Sundays to the Gospels. With complete love and gratitude, here is the Gospel of Luke LK 18:1-8

Jesus told his disciples a parable
about the necessity for them to pray always without becoming weary.
He said, “There was a judge in a certain town
who neither feared God nor respected any human being.
And a widow in that town used to come to him and say,
‘Render a just decision for me against my adversary.’
For a long time the judge was unwilling, but eventually he thought,
‘While it is true that I neither fear God nor respect any human being,
because this widow keeps bothering me
I shall deliver a just decision for her
lest she finally come and strike me.'”
The Lord said, “Pay attention to what the dishonest judge says.
Will not God then secure the rights of his chosen ones
who call out to him day and night?
Will he be slow to answer them?
I tell you, he will see to it that justice is done for them speedily.
But when the Son of Man comes, will he find faith on earth?”

God does not delay in His Answering. As the parable states, God is unlike this judge that is mentioned. For God loves those who ask of Him. You are never a burden to God! God hears those who cry out to him. Especially those who seek Him in faith , knowing that God does not hesitate and this is the meaning of the parable. “How much more will God assist those who ask of Him?” than that of a judge that does not want to hear the cry of a poor widow. God who is unlike this delay , is never delayed! You are His child and God loves those who seek him in faith. Shift any concern you have to God now. Lift an seeming situation or prayer or petition or request. God loves those who ask Him. You will do so with the prayers of His angels and Archangels !

~Channeled with St. Gabriel and the angels